The Haunting of Richard the Third, which will be the centre-piece of this year’s Frome Festival events at the Ecos Amphitheatre, so here is a little more information for you:

This exciting new stage musical will receive its premiere on Thursday 7th of July and run for three nights until Saturday 9th. It has been the result of many years research and planning by Frome Festival Creative Director Martin Dimery. Martin has written the book and lyrics and collaborated on the musical score with David Hynds, a professional musician who has worked as a Musical Director on several local musicals, notably at the Memorial and Merlin Theatres. 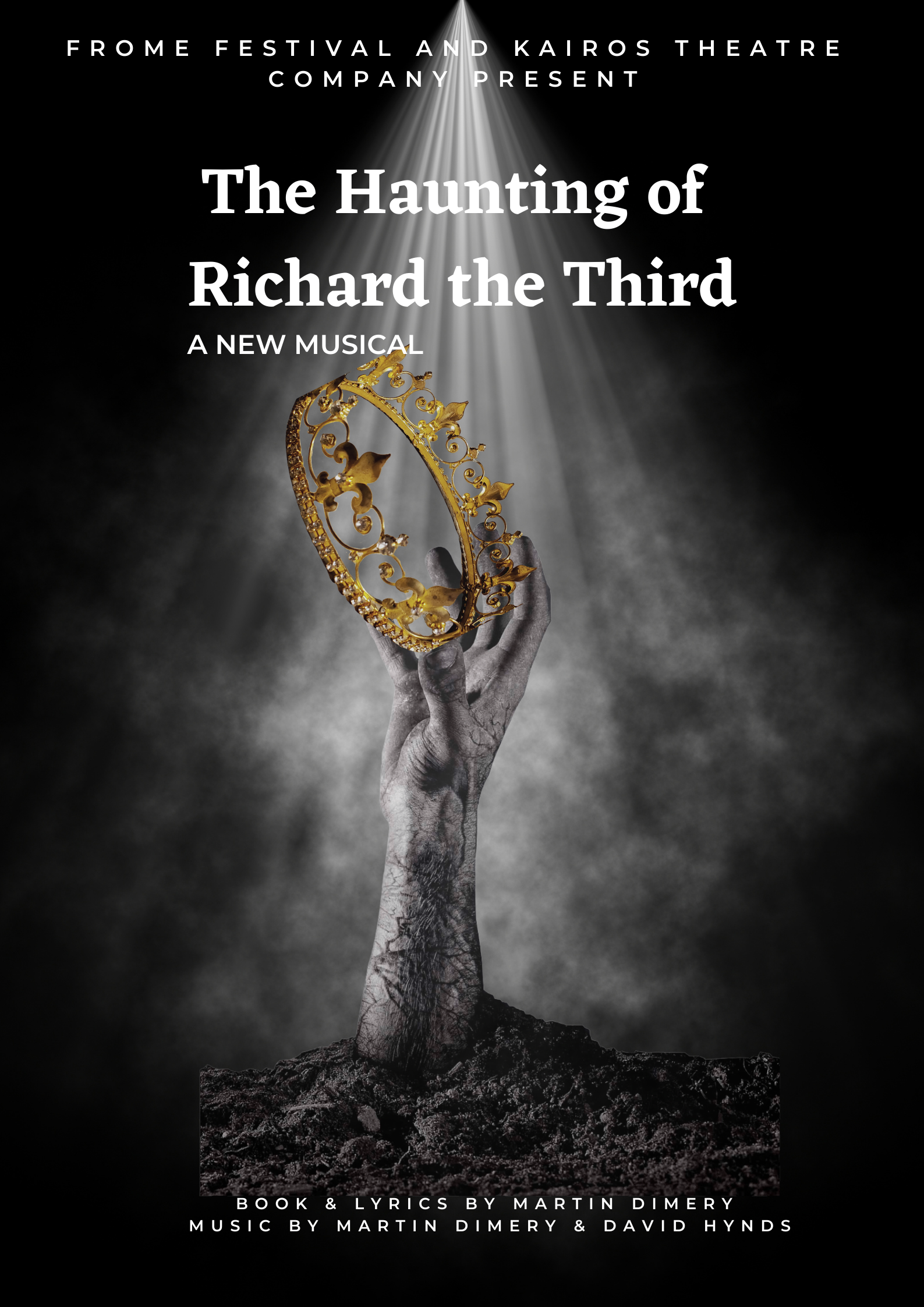 The musical concerns the controversial life of the last King of England to die on the battlefield. Shakespeare and others have portrayed Richard as a villain, taking the throne against all the odds in a demonic plan which involves the murder of his nephews “The Princes in the Tower.” Revisionists like the Richard the Third Society, have, for years, declared this view of Richard as the result of Tudor propaganda, and point to evidence of Richard as a competent and a well-loved rightful king, wrongly deposed by Henry Tudor. “The Haunting of Richard the Third” portrays Richard as a man caught up in the events of the time.

Shakespeare’s Richard is haunted by the ghosts of his turbulent past in the final act of his tragedy, as he awaits the Battle of Bosworth Field. Taking this as a starting point for “The Haunting of Richard the Third”, the ghosts lead the audience through a re-enactment of scenes illustrating his unexpected rise from Duke of Gloucester to the throne.

Central to the story is Richard’s relationship with his Queen, Anne. Having spent her young life as a political pawn, Richard rescues Anne from incarceration and re-kindles their youthful love. Their relationship suffers as Richard is drawn into a succession crisis when his brother, Edward the Fourth, dies. As the love between Richard and Anne falters after he seizes the crown, they endure the death of their only son. This is the tragedy Shakespeare fails to mention, but one which determines Richard and Anne’s own demise.

With a full score of songs, and scenes laced with pathos and comedy, “The Haunting of Richard the Third” is performed by a highly talented and experienced cast of local performers. It will utilise the wonderful setting of the Ecos amphitheatre, and outdoor arena surrounded by monolithic stones sited next to the Merlin Theatre. Audiences are asked to come prepared for inclement weather but the show will move into the Merlin Theatre in extreme conditions.

Tickets are already available directly from the Merlin theatre “The Haunting of Richard the Third”. Thanks to a generous grant from Frome Town Council, tickets for students under 21 are free of charge and can be claimed in person, from the Merlin’s box office which is open Monday-Friday, 10.00-12.00am.
Tickets will also be available from the Cheese and Grain box office from the 20th May for Friends of the Frome Festival, and on the 22nd May for the general public.

Analytics cookies help us understand how our visitors interact with the website. It helps us understand the number of visitors, where the visitors are coming from, and the pages they navigate. The cookies collect this data and are reported anonymously.

Performance cookies allow for the services to be optimised, in order to give the best user experience.

Preference cookies are used to store user preferences to provide them with content that is customized accordingly. This includes the language of the website or the location of the visitor.